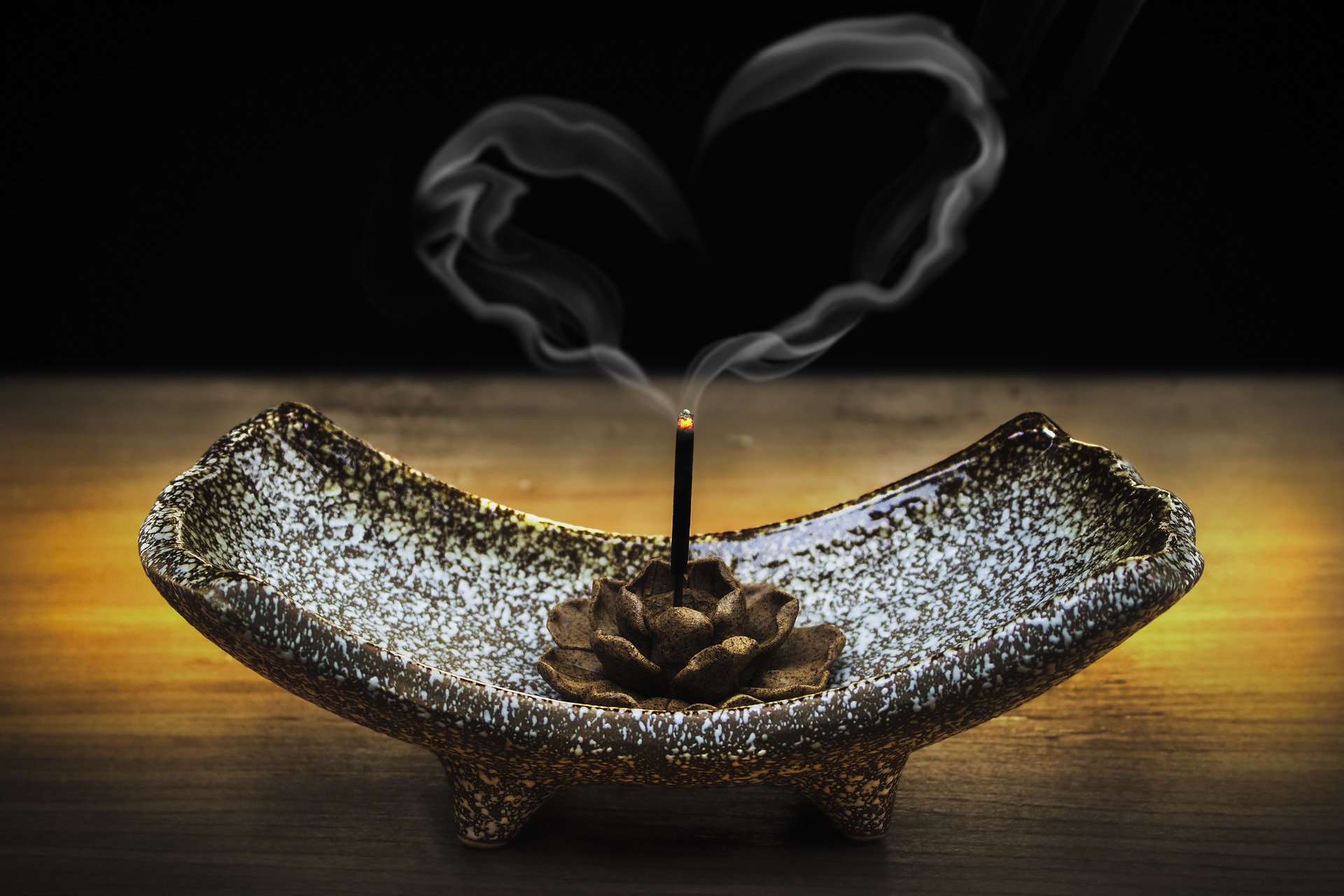 The recent turbulence to sweep the US, and indeed the world, is a sign of the times in which we live. It could be viewed in a positive light, but for the negative actions of the few, which clearly demonstrate that a deeper sociological issue has surfaced in the form of the explosion of repressed anger against a system that continues to abuse those it is supposed to serve – the people.

The uncontrolled and violent reaction of the few, mirrors the destructive and chaotic effect of the current system. People who passively accept the impositions of a distorted global machine, rage politely behind closed doors or in intellectual debate covered by the media with a conscience. Look at our growing dependence on pharmaceuticals, addictive substances, and consumerism, to see how such primal emotions are suppressed in society at large.

What is taking place now is that the old paradigm is breaking down and people are waking up. Humanity is no longer willing to view the world through the rose tinted glasses offered by those who create the system. Viewing through such a lens distorts our reality. It is time for us all to remove the rose tinted spectacles.

Humanity continues to collude, albeit unconsciously, with archaic systems and misinformed accounts of historical events established thousands of years ago to manipulate and dis-empower people. We have lived in a world where an elite few have held positions of unimaginable power. Hundreds of millions of lives have been lost to the ‘system’. We have traded our humanity and our autonomy for the promise of a dream life that we came to believe would bring fulfillment, success and happiness. However, we are waking up and recognizing that such a trade brings nothing but emptiness when it is gained by colluding with the system, and eventually results in the disconnection from our hearts and the selling of our Souls.

Humanity is awakening to the Great Lie. With this comes the realization of the potential that awaits us, if we would challenge these systems. This awakening holds tremendous potential for us to usher in a new world paradigm built upon core values including; Peace, Restorative Justice, Sustainability, Compassionate Action, Conscious Communication and Conscious Evolution

The wave of resistance spreading around the world denotes a global system that is crumbling and has failed humanity since its first inception. The current wave of rioting and looting is occurring because most of us do not know how to express deeply suppressed emotions such as fear, anger, rage, and powerlessness appropriately and non-violently. In addition to this, coded into our genetic blueprint and DNA, are the repressed emotions of our ancestors.

What we must be mindful of is the knowledge that our violent resistance to the old paradigm system will fail us, just as the dysfunctional global system does. As Gandhi said; “An eye for an eye and the whole world is blind.”

We can no longer afford to continue to react, but instead, we must now rise to the call of a new world, which urges us to respond appropriately and effectively.

We have yet to learn how to protest peacefully and non-violently as no role models have lived long enough to anchor these blueprints into the global psyche. However, the altruistic actions of those great humanitarians who did stand for pure justice and fairness, have taken seed in both the individual and the collective psyche, and those seeds have begun to sprout and take form.

We find ourselves desperate to do something, and believe any resistance is better than simply doing nothing. However, the only protest, the only resistance which will prove catalytic and effective for change is non-violent resistance.

Ancient prophecy, astronomy and astrology, as well as current environmental and economical forecasts suggest that we have reached what is known as the Chaos Point – and if we continue as we are, we will reach a Tipping Point in 2012.

We are deep in the Chaos Window, and 2012 marks the point of a rise or fall for humanity. And yet, we also stand on the threshold of the greatest opportunity ever known in modern history – an opportunity which identifies us as the ones who make the choice, for it is our decision whether we rise or fall. Revolutionaries and reactionaries belong to the old world paradigm – We are the ones we have been waiting for.

We need to transform every level of human society; political, social, economical, and environmental. The great and good of the past, Gandhi, Martin Luther King, Robert Kennedy, to name but a few, and those who are currently alive today; H.H The Dalai Lama, Nelson Mandela, Vaclav Havel, Bishop TuTu, Aung San Suu Kyi and many more, stand with us. These wise souls hold not just an altruistic vision of a peaceful world, but KNOW that with appropriate, aligned and peaceful action, this vision can become our reality. What prevented this from happening in the past was because too few of us acted in unison. Now we must unify en-masse, in peaceful, uncompromising protest, if we are to avoid catastrophe on an inconceivable scale.

Our next evolutionary step as a species is one which urges us to unite now. Gandhi offered us a way when, against all odds, he inspired millions across the vast nation that was India, to unite, in what he termed “passive resistance”. It is people power alone which makes it possible to change everything.

The question for our current times is this. Are we prepared to elevate ourselves to a level of awareness that allows us to resist in a peaceful manner and with the greatest effect?

The out of control reactions of the minority, mirror the effect of a pressure cooker in that a powerful negative ‘charge’ is released for the majority. Repressed feelings of rage, pain, suffering, trauma, and grief are held at a very deep level. There is no such thing as wanton destruction – every heinous act has at its origin a cry to be heard, seen, and appropriately responded to.

Consumerism – The Most Lethal Drug of All

For too long now our dependency on consumerism has been the most lethal drug of all. This toxic dis-ease within the body of modern civilization is designed to make us numb and dumb. Consumerism is nothing less than mass manipulation by the few to control the many.

We are too intelligent for this to continue. It is appropriate to challenge the system – but not by rioting, looting and violence. This approach is counterproductive – there is another way.

There is no doubt, no question whatsoever, in the distorted minds of every dysfunctional and global corporation, politician, world leader, etc, that the real power lies in the hands of the people. Global systems are run on fear by those in fear. This is how it has always been, and our history bears testament to this through the tragedy of wars, conflict, and appalling acts of injustice, usually carried out in the name of ‘justice’, ‘progression’ and ‘evolution’, However, history reveals only retributive justice, suppression and de-evolution.

Five, six, or seven billion people resisting the control of the government is the worst fear of those in positions of power. Yet we don’t even need that many people to create a shift towards a peaceful, non-violent world. It has been said that only 0.5% of the population becoming aware would be enough for the tipping point to be reached. Since there are now close to 7 billion people on the planet, this means that globally we only need 35 million people to shift their awareness, their perspectives, and to begin protesting against the incumbent system for there to be real change towards a positive worldshift. This figure – these numbers of people – is far more realizable.

We need to resist the ‘drug’ of consumerism at an individual, cultural and global level. We need to snap out of a (false) sense of security that has been fed to us, and extricate ourselves from the web of delusion that is spun by those who impose and maintain the dysfunctional system in order to control the masses. It is time to acknowledge how most of us, to a greater or lesser degree, are hooked on the drug of consumerism, and have been since birth.

Consumerism is the most lethal drug of all, and the system, the most notorious ‘pusher’, for it controls all drugs, from ‘street’ to pharmaceutical, in order to control people. We need to go ‘cold turkey’ and reclaim our lives and our fundamental autonomy, both as individuals, and as a global society.

If you really believe that we, the people, can change the world, and you wish to be part of the co-creation of a new world paradigm, then meet us here on these pages, and inform your friends to do the same. We are waiting for you to join with WS Movement so together we can encourage growing numbers to passively resist, peacefully protest, and so, co-create a sustainable and peaceful world.

Until we unify in peace, village by village, town by town, city by city, country by country, nation by nation, we cannot hope to align as One World. With new models for society, founded upon co-support, co-operation, collaboration and co-creation, we can function in harmony. Until we unify, we shall continue to experience global reactionary resistance in the form of violent protest. Passive resistance, compassionate action and conscious communication, are the only way forward and what we need to achieve on a global scale to allow the Great Shift to take place.

It is time to unite peacefully. We can no longer leave it to the ‘world leaders’ and global conglomerates to create the world we deserve to live in, and wish for our children, and our children’s children. The reality is that our ‘leaders’ have no idea how to create a sustainable and peaceful world.

Gandhi left us his greatest legacy – ‘Passive Resistance’. He proved the power of unifying in peaceful protest. It is the only way now. We are almost out of time.